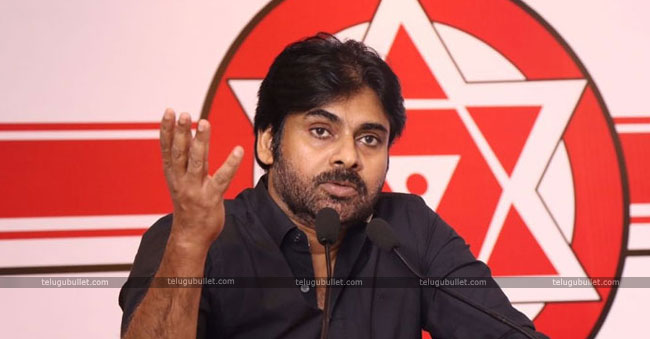 The Janasena Chief has been giving away much need interviews regarding his party manifesto to all the media channels. In one of those interviews, he responded about his close friend Ali and his Political aspirations.

We know that Pawan Kalyan and Ali shares deep bonding in and out of films like thick friends and Pawan many times in Public declared that he can’t act without Ali. Such good friends are now in opposite parties due to many reasons. When Ali stated his interest in Politics, Mega fans thought that he would support Pawan Kalyan being his wingman like he did in films but the latter shocked all. He first went to TDP and finally settled in YSRCP as Jagan confirmed him a ticket.

Pawan Kalyan response on this issue by claiming that as a friend, he feels happy that Ali is willing to serve people via Politics. At the same time, the Janasenani felt that he has no rights to limit Ali’s interests and it is up to his choices to choose a party in Politics. On this note, Pawan Kalyan opined that Ali went to YSRCP only because TDP failed to fulfill Ali’s requirements in terms of seat allocation. Finally, Pawan Kalyan ended this topic by declaring that he is against bringing his close aides and family members into the party and Nagababu is an exception due to some strong reasons.

WhatsApp
Facebook
Twitter
Previous articleCBN Working In God Speed For Elections
Next articlePaul, The Much Needed Entertainment In Serious Campaigning

Former Congress chief Rahul Gandhi on Friday condoled with the families of the victims of the Karnataka mining quarry blast and demanded an in-depth...
Read more
National