The AP Statesman Chandrababu Naidu has done the perfect thing in defaming Modi Sarkar during his protest against the Centre in Delhi. The Centre which tried to control the damage ended up getting embarrassed.

CBN who is in Delhi fighting for the State of AP has given long and detailed interviews to the so-called top media channels. Not just explaining but he dared to present a Powerpoint Presentation to National media where Modi was seen promising Special Category Status to AP multiple times. These interviews are now aired on National channels troubling the BJP camp. In order to reduce the damage, BJP has allegedly made a couple of channels not to broadcast CBN’s interviews. What’s more interesting is that the Trinamool Congress leader Derek directly declared via his Twitter that he got the first-hand information of Modi batch suppressing Naidu’s interviews by ordering two news channels to delete the interviews. By this time, already the entire episodes are well gone viral over the Youtube defaming BJP Government especially Modi. Seems CBN has taken Modi in a rather personal way. Political experts say that Amit Shah indirectly irked CBN with his letter post TDPs departure from NDA alliance. Whatever might be the case, CBN successfully irked the Centre with his PPT.

On the other hand, his MPs are still protesting in the Parliament demanding Speaker to accept discussion on No Confidence Motion. This act of CBN will put some pressure on the Centre which hopefully yields good results to Andhra Pradesh. CBN is still in Delhi meeting his longtime colleagues who belong to all the corners of India. His Delhi tour has now become a hot topic in the two Telugu States. 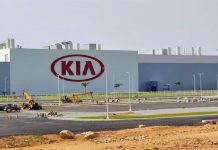 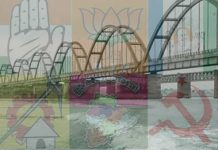 Politicians eye to conquer the Twin Godavari districts for Power 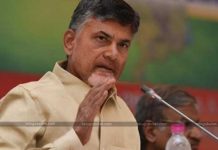