Robert Mugabe resigns after 37 years as President of Zimbabwe! 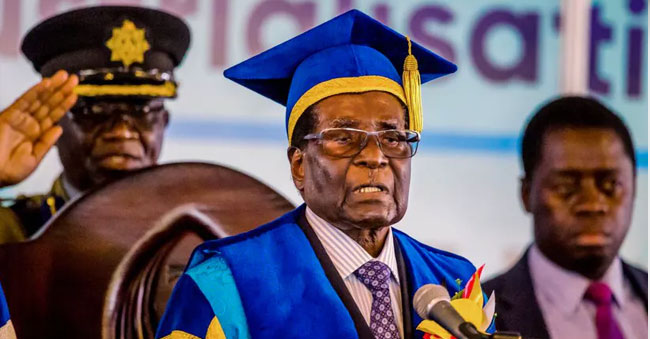 Robert Mugabe resigns after 37 years as President of Zimbabwe!

There were massive celebrations in the street of the capital city of Zimbabwe, as Robert Mugabe resigned after a prolonged 37 years of the journey as President. He submitted a letter to the parliament earlier today.

He was in power since Zimbabwe got independence from Britain in the year 1980. He is world’s oldest head of state at 93 years. He said, his decision to resign is purely voluntary and is a conscious one. “For the welfare of the people of Zimbabwe and my desire for a smooth, non- violent transfer of power I decided it is time for me to step down”. Said Mugabe in his letter which was read out in parliament, which sparked dancing and cheers inside and outside of parliament.

Recently, fired Vice President Emmerson Mnangagwa would be the next President of the nation and will be taking the position in the next 48 hours.

The people of Zimbabwe are more than happy with this happening and waiting for the new leadership in Emmerson. While Emmerson fears threat on his life, plans to return only once right conditions, security and stability prevail. He has a strong loyal support base in the military. The people wanted Mugabe to step down and hence Mugabe had invited him to return to Zimbabwe for a discussion, he said.