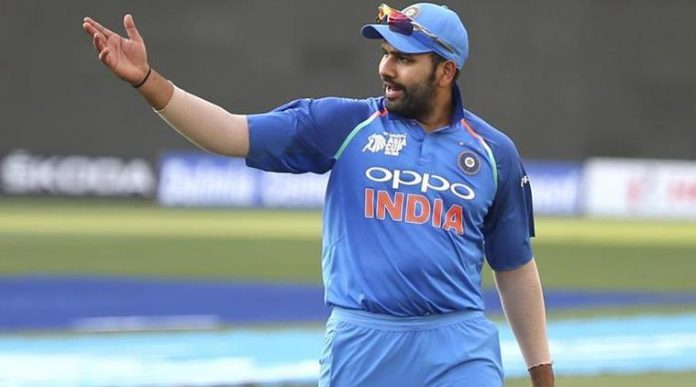 Rohit Sharma lost his cool during the second Twenty20 International (T20I) against Bangladesh on Thursday when an error on the giant screen, ruled Soumya Sarkar not out. The incident took place in the 13th over of the match after Rishabh Pant stumped Soumya Sarkar off a delivery from Yuzvendra Chahal.

The on-field umpires initially gave him out but later signaled for the third umpire Anil Chaudhary to check the stumping, with Soumya Sarkar waiting near the boundary line. The giant screen displayed the decision ‘Not Out’, leaving stand-in captain Rohit Sharma infuriated. However, Soumya Sarkar was sent back to the dressing room as the fourth umpire conveyed the decision to the top-order batsman.

Soumya Sarkar was dismissed for 30 runs off 20 deliveries. However, his efforts could not help Bangladesh register a series-clinching victory as India beat the visitors by eight wickets.

With the win, India leveled the T20I series at 1-1. The third and final match will be played at the Vidarbha Cricket Association Stadium in Nagpur on Sunday.

After the T20I series, India will host Bangladesh for a two-Test series, starting from November 14 at the Holkar Cricket Stadium in Indore.

The second match at the Eden Gardens will also mark the first day-night Test to be played in India, which is slated to get underway from November 22.